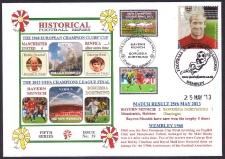 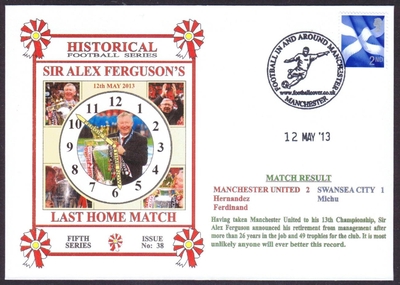 This cover is for The Final of the UEFA Champions League (Bayern Munich v Borrussia Dortmund) but also linking in Manchester United as the first English club to win the original European Cup Trophy at Wembley in 1968.  The cover is initially available with either of the following stamps on:- Sir Matt busby, George Best or Bobby Charlton.